Do people do that?

I went to a Toastmasters Convention in Chicago.  There are always the educational sessions and the inspirational sessions, but the most anticipated sessions are the Semi finals and Finals of the World Championship of Public Speaking.  There is only one winner every year, and people from 116 districts, each with 5 Divisions, each Division with 5 Areas, and each Area with 4-5 clubs competing for that spot.  That’s weeding down about 13,000 speakers to about 100 or so.  Each Semi final has 10-11 speakers competing, with 10 competitions weeding down 100 speakers to just 10.  The finals consist of 10 of the best speakers.  Those who crave recognition and speaking in front of 1000’s of people are drooling at the chance to be on that stage and getting crowned World Champion.  Once you’ve achieved this amazing goal, you cannot compete again on the International Stage.  One of the competitors this year had made it to Semifinals 12 times, and had been a finalist 4 times!  He didn’t win this time either.

Here’s the thing.  Even if it isn’t an official contest, people judge their success by comparison.  Our school districts have more children in the top 10% of the country on ACT/SAT scores than any other school!  We have a larger percentage of graduates placed right after graduation than any other university.  We have more rich people in our city than any other in the country.  To aspire to be the best, we resort to self improvement classes, personal coaches and support groups.  We then tend to look at the finals and derive the formula  that will give us similar results.

There’s the 10,000 hour rule.  There’s the gimmick of the year (onstage costume changes, props, even themes for speeches!)  There’s teaching to the test.  Then there’s over-prep.  In Bands of America, the winning bands often practice 1 routine with 3 songs for a year and begin their preparations for the next contest 1 week after the finals in the previous contest.  At the speech contest, many contestants hire former world champions to mentor them and coach them to victory and will pay upwards of several thousand dollars.  They will sacrifice vacation times, neglect their jobs and families, and practice for hours to perfect their entries.  In their quest to have the winning performance, they will study hours and hours of previous performances by winners, analyze second by second recordings of their own performances and compare them to the winners.  What are they doing?  They are looking for the differences between 1st and 2nd place.

Judging is subjective.  They TRY to make it objective…this many points for that sound, deduct this many points for this infraction…but the bottom line is still a subjective opinion.  Do you have that same type of judging on the local level as in the International finals?  Of course not!  So something that would win on the Championship stage or field might not even place on the local level.

I went to an area speech contest where all of the speeches that placed concerned dead pets.  I saw a local band contest where one of the finalists of the Bands of America didn’t place in the top 3 because they sang and didn’t march in straight blocks.  We understand that you cannot advance to the next level of the competition if you don’t succeed at the local level.

As a member of Sweet Adelines, sometimes the difference between 1st and 2nd place is 4 points.  The difference is the sparkle on the costume. The difference is the choreography for the lady in the 3rd row 14th person over.  The difference is the intonation of the slide between chords on the Tag.  These are things that are so minute and so specialized that a normal person wouldn’t even notice it.  So you work on those incredibly small details, then your chorus gets rejected on the initial contest because one of the judges didn’t like your choice of song, or because one thought it was too gimmicky to have props such as hats or fans.

One Football team did a statistical analysis of the winning super bowl teams and discovered a higher percentage of this type of offense and that type of defense, sooooo that’s what they used.  They lost 50% of their games.  A high school team perfected a trick play, and then became famous for it.  Oops!  Isn’t it supposed to work because it surprises the opponents?

You must discern what wins on the local level.  That’s a problem because in the case of Toastmasters Speech contests, what wins the club might not win the area because of the way the judges are chosen.  Who’s here?  Ok, take this ballot and vote for your favorite! Or you might encounter this:  We, as judges, have been studying all the Semi Finals contests for weeks and have been well trained on what to look for in an international speech.  We are 15 minutes early and have chosen our seats trying to look as anonymous as possible.  If you win in the area, even if it is the caliber of Convention competitions, you may not win the Division because these particular judges may LIKE dead dog speeches and vacation pictures.  And if you do give your dead dog speech on the District level, they will shoot you down because the message isn’t clear.  And if you win on the District level, and you do not use onomatopoeia, alliteration, or parenthetical phrases, and have no props and no funny lines, you may not win at the Semi-final level.  If you do win at the Semi-final level, YOU MUST USE A DIFFERENT SPEECH FOR THE FINALS.  Wait…The speech you used and perfected throughout the club, area, division and district levels is thrown out and you use an untried, imperfect, alternative speech for the final?  Does that make any sense whatsoever?

What would you do?  I’d have 1 speech topic and 3 different approaches to it.  “How to survive the Hard times” would be a good topic.  It has universal appeal and can be tailored to each contest.

And the winner…(drum roll please) is the agoraphobic woman who got assaulted in the parking lot by some wild woman in a white SUV.

Now, I know.  When I write stuff, nobody reads it.  I’m writing for myself.  The information and wisdom I have to share is unwanted and unneeded.  Must not all be that wise or needed huh.  I will never have 18k followers, or 5k followers, and the 34 that do, don’t read my stuff.  After 4-5 years of blogging, this is a failure.

I have been on this Keto diet for over a year.  Have not lost a single pound.

I looked at my MyFitness digest and discovered the following:

The Keto diet recommends 20-50g of carbs/day.  It doesn’t seem to have a goal for protein, but it does for fat.  I was doing EXACTLY THE OPPOSITE of what the Keto diet required.  Though I was about 1200 calories average, actually less, I was nearly 3 times the number of carbs/day.  Oh for crying in the mud.

Start over.  I am up on exercise however this month.

I have taken walks 4 out of last 5 days.  I’m averaging a mile a day.  Yay.  I’m also doing that Thrive Pill (only one because I get jittery if I take 2) and the patch and the goop.  I didn’t do my goop today though.  When I walk, though, my lower back seizes.  It’s that muscle right on the pelvic girdle.  It makes it very hard to move my legs forward at the hip.  I have to sit down on a bench.  No amount of stretching seems to help before, during or after.  I am just in pain.  It’s not like an 8-10, more like a 4-6, but still requires me to sit.  So it takes me about 50 min to walk 1 mile.  50 minutes.  This is depressing.  But I continue.  I drink my water, do my walk, show up at the gym to do my machine work.  It’s about the end of week 1 of this regimen.  Should I expect some results?  Probably not.  I have a month to get my ducks in a row, then teaching starts again.  I have lots of catch up stuff to do…cleaning, dishes, garden…

OK, full story…Jobs was dating this girl and she got pregnant and he left.  He claimed he was sterile.  That’s funny since he married and had 3 kids about 10 years later.  His kid, Lisa, tried to establish a relationship with Jobs, but found him to be distant and cold towards her.

OK, so add a beard and glasses to Sheldon. 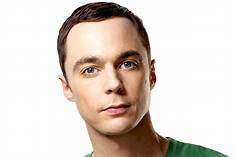 He was NOT a warm and fuzzy guy.

Steve Jobs had been diagnosed with Pancreatic Cancer and his daughter by Chrisann Brennan went to see him.  She doused herself with rose water perfume and went in to give him a hug.  He told her she smelled like a toilet.

I wanna go to HIS house!  The toilets smell like roses?  Mine doesn’t smell like that!  It smells of bleach and air freshener and, well, you know…

Reminds me of the air freshener saleswoman.  She’d had a cream cheese bagel and stepped onto the elevator when the inevitable happened.  As she was the only occupant, anyone stepping into the elevator would know who the culprit was.  But as a saleswoman, she was prepared and sprayed the whole car with pine scent.  Sure enough, a man stepped onto the elevator car and took a whiff.  He started to smile.  “Oh.  You’re smiling.  Is that good?”  The man replied, “Smells like someone sh!t a pine tree.  I was just checking the floor for pine needles.”

Steve Jobs last impression of his daughter was the smell of a toilet?  If I’d been her, I would have farted on my way out of the room.

I read an interesting blog the other day from an Inmate Blogger.  I decided to follow him.  Oops.  I don’t get blogs from just the one I read but 15-20/day from allllll of the inmate bloggers!  Some are terrific.  Some are gawdawful.  I can’t keep up!